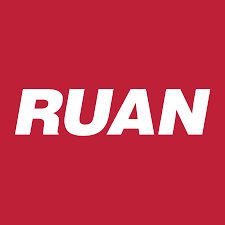 A major transportation company based in Des Moines had a business proposition to explore: Do they want to pay for computers that can cost up to $1,600 a piece for 600-or-so employees? Or would it be more savvy to use a device that costs as little as $65?

If the price were the only consideration, it would be a slam-dunk. But would the device, specifically a Raspberry Pi, work well for the employees? Could it handle the workload? Would it mesh with existing technologies? And many, many more considerations.

The company, Ruan, decided to engage in a study on it. So it turned to…high school students. Specifically, two high schools – Turkey Valley in northeast Iowa and Waukee in central Iowa – were enlisted for the project through the Iowa Clearinghouse for Work-based Learning.

Dan Greteman, vice president and chief information officer for Ruan and who also sits on the clearinghouse’s advisory board, said turning to students for input was in line with the company’s position. “Ultimately, we did it for selfish reasons – we want to get more people involved in technology,” he said. “This became an extension of what we’re already doing.”

Greteman said that he and Ruan’s Emily Burns, who works directly with the teams, view the schools’ involvement as that of consultancies. “It is a consulting project, and we’re going to be looking for their recommendations,” he said. “We’ll make decisions based on that.”

Burns said there are certain ground rules the schools need to follow. “We’re asking them to set up three different teams: a project management team, a functional team and a technical team,” she said. “The project management team sets up the work schedule and deadlines, the functional team is the business team that determines business rationale and costs, and the technical team has to determine how Raspberry Pi works and how easy it is to use.”

The teams require different skill sets among students, enabling more students to contribute to the project. Burns said that it’s been fascinating watching the students as they proceed. “I spoke to a gentleman the other day and he had a lot of technical questions and caught us off guard,” she said. “It was pretty exciting. They are asking questions that we hadn’t considered.”

Greteman said they tailored the project to students. “It’s something that’s relevant to them, something they can leverage,” he said. “We’re hopeful that through this project, they will have a better sense of technology, software, hardware and other considerations. In addition, the project is helping them with their soft skills, such as being a self starter, communicating. This is a real project.”

That wasn’t lost on Lezley Johansen, an English teacher at Turkey Valley High School. Johansen, who has conducted real-world, hands-on classes for several years, was prompted to change course this year because past projects were in person. With the advent of COVID-19, she turned to the clearinghouse for the first time.

“I have experience working in this setting, but in the past we had to develop the relationships ourselves,” she said. “There are a lot of things at the clearinghouse. What I love is that the projects listed there are ready to use. The students love this kind of work – they have the will, but not necessarily the know-how. I love being a facilitator. It’s challenging, but I know it’s valuable to students.”

Johansen said students in these programs invariably get invested in the projects. “This particular kind of learning lends itself to kids getting interested,” she said. “When kids start feeling invested, that’s when learning starts happening.”

For Aidan Wemark, an eleventh grader at Turkey Valley, he’s solidly on board. As a member of the technology team, he is seeing the opportunities before him. “It’s challenging trying to figure out what is what,” he said. “Already, I feel that my communications skills have gotten better. And I know that I’m using my problem-solving skills just figuring out what you need to do. The first thing I’m determining is if there’s good and reliable information out there to make recommendations.”

In fact, Wemark has been so invested in the project that he’s been spending non-school hours working on it.

This project was taken on by a student groups at two different schools – Turkey Valley High School and Waukee High School.

Watch the video recap of this project.